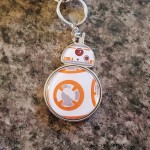 So, I was bored the other night and scrolling through Netflix, and decided to watch Anna Karenina.  I’ve done a lot of things recently that are period related (mostly Jane Austen related, actually) and thought why not.

I have not read Anna Karenina, and I have not watched any other movie adaptations.  I basically knew nothing of the story.  I’m not sure if knowing the story or having read the book would have changed how I looked at the movie. I mean, undoubtedly it would have made it different, but I believe my opinion overall wouldn’t have changed.  I have no idea if the book is written in the same style as the movie, but I do plan on reading it to see.

I had recently watched Pride and Prejudice (for the umpteenth time), and so my expectations going into Anna Karenina were probably along those lines.  Those expectations were promptly thrown out the window, as the set up and progression of the movie is not what I would consider typical.

The movie opens and as it moves through it looks as though you’re watching someone put on a play.  The viewer is given glimpses of the behind-the-scenes setup.  At first I thought maybe there’s a play in the story, and that the movie would then progress in a more typical fashion.

I was intrigued when it did not and began wondering just what was going on.  The same setting was used for different pieces of the story that had no connection in the beginning of the movie.  The viewer saw scene changes and costume changes.  We were led up to the catwalks to another setting, and from the height looked down on the scene below.  This elaborate play setting was interspersed with other settings, however almost all of them kept the feel of being a play.  At times the background of a scene would look as if it were made of cardboard, and then would change to a live action setting.

It was a unique way (at least to me) to have the movie play out and one that I found myself enjoying after the initial confusion.  That bit of what I would call whimsy or quirkiness kept me involved in the story.  I was always interested to see how the next scene would play out.

The acting was well done, as one would expect from the names attached.  I will confess it took me a bit to recognize Matthew MacFayden, even after having just watched Pride and Prejudice two nights before.  I’ve been a fan of Keira Knightley from the start, and I think period pieces are where she shines.