Set in an alternate matriarchal 1900’s Asia, in a richly imagined world of art deco-inflected steampunk, MONSTRESS tells the story of a teenage girl who is struggling to survive the trauma of war, and who shares a mysterious psychic link with a monster of tremendous power, a connection that will transform them both.

I was able to read issues 1 – 6 from NetGalley, which comprise the first volume of the comic.  For me, I find reading comics a bit different from novels.  Which I know is stating the obvious, however with novels all the pictures come out of your own head.  It’s your imagination choosing how to portray things.  With comics, the pictures are there for you, and it’s something I have to remember to pay attention to as well as the words.  Especially because with the more condensed format of the comic, the pictures are a large part of the story and can tell you things that aren’t included in the writing.  I find that reading comics is almost harder for me because of this difference.

On the other hand, comics allow you to enjoy art that enhances the story.  There are so many styles, and the artwork for Monstress is gorgeous.  The cover art combined with the title is what drew me in.  The story is dark, and can be disturbing, which is reflected in the art.  It’s also beautiful.

The story is intriguing as well and I want to know more about Maika, and the people she’s picked up as companions.  I feel like these characters can not be taken at face value.  There’s too much going on for that to be the case.

I’m interested in keeping up with this series, but I have a feeling I’ll wait until the other omnibus volumes come out, rather than reading each issue separately.  Here’s hoping it doesn’t take too long for the next one! 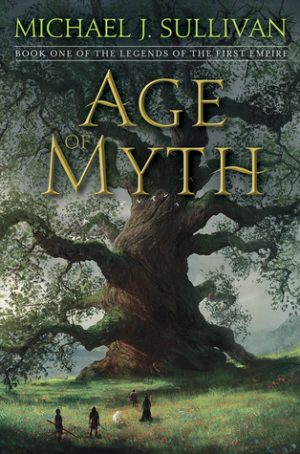 For decades, Thorn has reigned as the most powerful demon in Atlanta, lurking in the spirit realm, whispering lies to unsuspecting human ears, commanding all other demons to do his bidding. But when Marcus, an old demonic rival, returns from exile to attack Thorn unexpectedly, Thorn finds his power ripped from his grasp.

Wounded, desperate, and abandoned by his allies, Thorn is forced to ask himself questions—forbidden questions about demonkind’s place in the universe. Questions that threaten to undermine everything Thorn and his fellow demons have believed for millennia.

With enemies closing in from all sides, Thorn grows ever more desperate for a way to escape his vicious life and to keep the people he loves safe in the process.

I didn’t make it very far into this book, let alone finishing it.  That being said, let me try to explain why I felt this book wasn’t the right choice for me.

Thorn is the story of a demon, and demons generally veer toward the bad side of things. In this book, the demons’ purpose is to push negative thoughts on people and encourage those thoughts to grow and fester.

In the short bit that I read, Thorn talked about a murder-suicide he was working to make happen, and how he couldn’t get a different person to commit suicide yet. The world is filled with enough news stories that are sad and depressing. That is not what I want out of a story I’m reading for an escape.  Although the cover copy indicates that Thorn may become good, there was no hint of that in what I read. I didn’t see any evidence that Thorn was going to be different from the other demons or have some redeeming qualities.

This is probably a case of giving up too soon, but there are so many books that I want to read that I’m not going to force myself to read something if it’s just not working for me.  Every time I thought of picking this back up, I rejected it because I didn’t want to read about someone being belittled, or hurt, or told that they’re unattractive or not good enough.  The negative beginning may be needed for the book to pay off later if Thorn undergoes a transformation, but it was enough that I found it off putting.

Although the subject of the writing didn’t work for me, the writing itself was well done and I enjoyed some of the images the descriptions evoked. I found the demons themselves interesting, especially how they were not corporeal beings.  Rather than interacting with the landscape and tangential items, they could float their body where they wanted it to be. However, they were corporeal to each other, as Thorn is able to be beaten.  This is an interesting choice, and I liked that it wasn’t just a case of a demon inhabiting a body in order to roam the earth.

Although I decided not to finish this story, I encourage anyone to check it out if the darker tone would not bother you.

A stolen kiss. An unstable curse. One big mess in the making.

Derric Harver never expected to amount to anything more than the palace stableboy, but when Princess Maria’s curse keeps her from accepting a prince’s proposal, she turns to him for help, and he doesn’t dare refuse.

With the help of a lady’s maid and a prince, Derric and Maria embark on a dangerous adventure to find the sorceress who cast the curse. Along the way they battle deadly creatures and make new friends–all the while struggling with the undeniable chemistry between them. Reaching their destination won’t be easy, but the true peril lies in the truths they’ve fought for years to keep hidden.

A Stolen Kiss is the first in the Stolen Royals Series–an adventure with magical creatures, dangerous secrets, and being true to the power within.

The title and cover art is what drew me to this book while surfing through NetGalley.  I am so glad I decided to pick it up.    It’s a fun, cute read that breathes a new life into fairytales.  There is magic, good, evil, and a host of fantastical creatures.  Just what a fantasy needs.  Plus a bit of romance thrown in too.  I enjoyed it immensely.

Each character is portrayed in a way that shows the world is not black and white.  The good guys do bad things, and the bad guys aren’t always what they seem.  I did feel that it took a bit to really get pulled into the story, but once the group had set out on their journey I was hooked.

I went looking to see if there was another book available, since  A Stolen Kiss is listed as #1 in The Stolen Royals series.  Unfortunately there aren’t any other books out yet.  However, the author indicated on Goodreads that the plan is for a four book series.  The next two will deal with characters that were mentioned in A Stolen Kiss, and the final book sounds as if might be an adventure for all of them.

I’m going to be keeping an eye out for any updates pertaining to the second book in the series.  I can’t wait to read more! 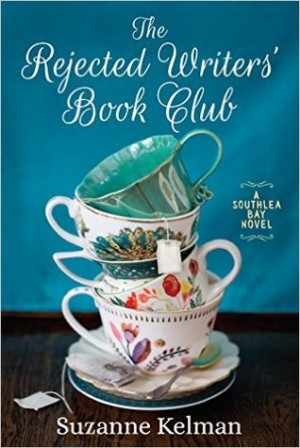 The Rejected Writers’ Book Club is an enjoyable read.  It’s a fun and quirky story about a group of  women who end up on a somewhat impromptu road trip to retrieve a manuscript. Along the way they meet an array of interesting characters and go to great lengths in order to complete their mission. The descriptions are very well done, and it’s easy to picture the characters and settings. The characters all work well together too, and each has a distinctly different personality.

However, I wasn’t completely invested. For me, there was something missing. I didn’t connect with the story the way I wanted to. Janet, who is the main character, doesn’t seem to be driving the story as much as I would have liked.  Rather, she’s along for the ride. I believe most of that can be explained by her temperament. To me, she seemed very much a peacekeeper. Even so, I think I was expecting a little more development of her character.

That being said, I think Kelman has a strong foundation here to continue the adventures of this group of ladies in Southlea Bay. I didn’t find any announcements on a second book yet, so I’ll have to keep an eye out.